(Ben Sellers, Liberty Headlines) When race riots in the wake of George Floyd’s Minneapolis killing reached Atlanta, being one of the top cheerleaders for the violent protests didn’t prevent CNN from becoming one of the No. 1 targets.

The leftist media network became something of an epicenter for the early demonstrations, where looters  vandalized its iconic sign with profane graffiti and hurled bricks through its glass entrance.

In the ultimate embarrassment, the WarnerMedia-owned outlet was forced to rely on the very police who were being blamed for the insurrections to defend its property interests.

Now, the network—originally founded in Atlanta by media mogul Ted Turner, is aiming to pull up its roots and turn its back on the blighted Georgia capital, which has seen members of its police force resign en masse over the city’s poor handling of the riots and lack of support for law enforcement.

Although it is putting its downtown headquarters, the CNN Center, up for sale, the network still plans to maintain a presence in Atlanta, reported the Associated Press.

The company plans to consolidate its operations at its Techwood campus, a safer location sandwiched in close proximity to the Georgia Tech campus and sprawling Piedmont Park north of downtown.

“We feel the long-term benefit of being in one location will be a more collaborative workforce,” wrote Pascal Desroches, chief financial officer at WarnerMedia, in a memo to staff, according to the AP.

Much of the network’s prime-time programming is already filmed in New York at its new offices in the Hudson Yards development. However, the daytime programing and worldwide network programing are produced in Atlanta.

Company flaks sought to put a different spin on the sale, claiming the decision had been long discussed as a way to leverage the city’s booming real estate and was simply awaiting the finalization of a merger with AT&T. 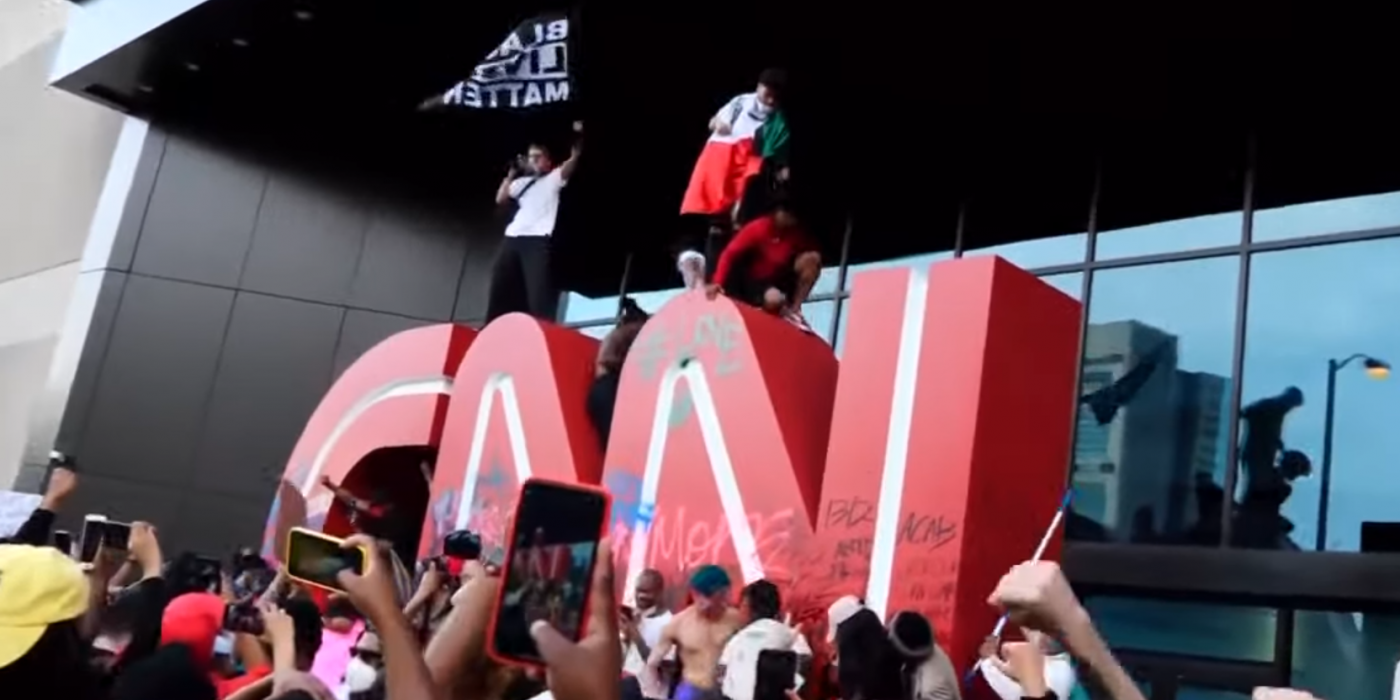 CNN headquarters is vandalized by protesters during Atlanta race riots in the wake of the George Floyd killing. / IMAGE: KATC via YouTube

The company plans a gradual, five-year move while the Techwood campus—its original headquarters from the 1980s—undergoes renovations. It will continue to lease the CNN Center space for offices and retail during that time.

But Desroches hinted that it may eventually court a permanent buyer that, like the network, specializes in entertainment.

“Downtown Atlanta has seen great investment and is quickly becoming an entertainment destination,” Desroches wrote. “The CNN Center is of great value to a third party that specializes in such developments.”

However, in recent months, a number of the Hollywood-linked film-industry companies have threatened to boycott the entire state over its passage of a pro-life heartbeat bill that would put greater restrictions on abortion.