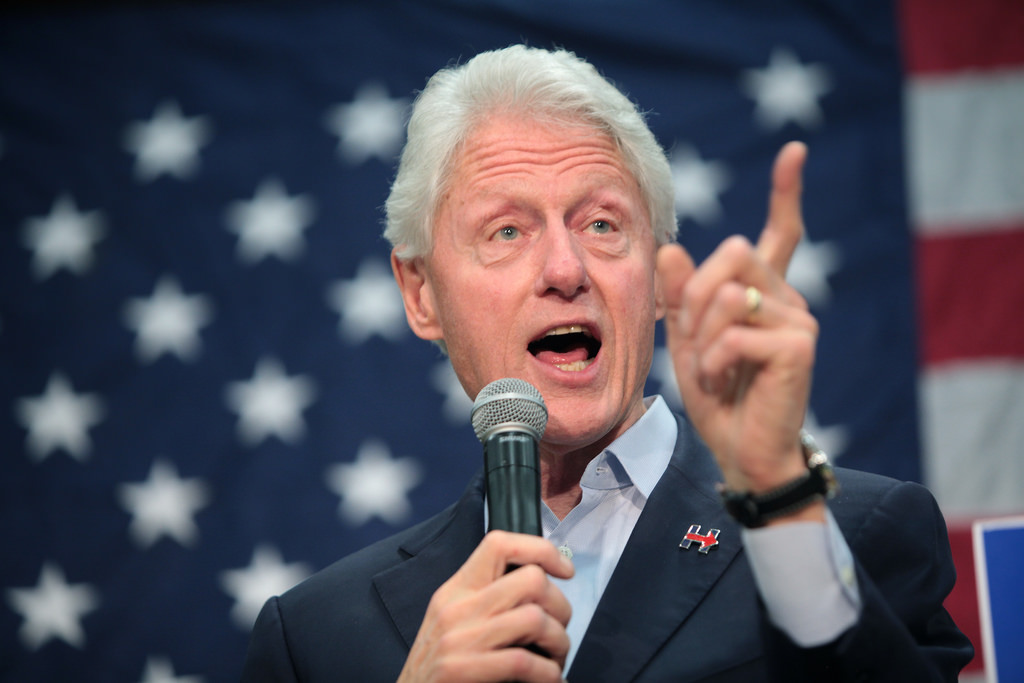 (Mark Tapscott, Lifezette) It has all the elements of a polarizing scandal, with none other than Hillary Clinton at center stage — plus highly sensitive confidential documents, unexplained actions involving the FBI, and allegations that federal investigators were weaponized for partisan political purposes.

No, this is not the infamous Christopher Steele dossier containing multiple allegations about Donald Trump’s relationships with shadowy Russian business tycoons and spies. Nor is it about the Steele dossier’s deceitful use by rogue FBI executives to put campaign operatives for the 2016 Republican presidential nominee under official surveillance.

The Hillary Clinton/FBI scandal described in the lead paragraph above began in 1993, only months after she and husband Bill began what turned out to be an eight-year residency in the White House. You see, Bill and Hillary Clinton’s use of the FBI for political gain is nothing new.

Here’s how the Weekly Standard summarized the Clintons’ 1993 “Filegate” scandal when it became the focus of a special counsel investigation in 1996:

The good news is that Whitewater special counsel Kenneth Starr is now looking into the circumstances under which the Clinton White House improperly secured and reviewed highly confidential background information from the FBI on more than 400 Reagan- and Bush-administration employees. A full accounting of this atrocious invasion of privacy may eventually become public.

But the bad news is that, in the meantime, the whole story is being set up to disappear. A separate FBI analysis of the “Filegate” caper has now been released. It is highly critical of the entire enterprise — which seems to have victimized 71 more individuals than had previously been identified.

But the FBI inquiry does not address the question of White House conduct. Were Clinton’s aides on a dirt-digging expedition? Those aides continue to maintain, in the president’s words, that ‘it was just an innocent bureaucratic snafu’: computer glitches and procedural carelessness, with no malign intent and no disclosure of personal information.

In short: no harm, no foul.

That’s long been the Clinton pattern — laws bent, broken or ignored, political opponents smeared, self-righteous protests of innocence when exposed, trusting supporters used and abused, and endless obfuscations, often punctuated by artless evasions, such as Hillary’s bemused response when asked by a reporter if she wiped her server clean: “What, like with a cloth or something?”

With the release Friday of the four-page “Nunes memo” — a summary of classified information obtained by the House Permanent Select Committee on Intelligence and composed by staffers for the panel’s chairman, Rep. Devin Nunes (R-Calif.) — one paragraph in particular stands out:

The dossier — compiled by Christopher Steele (Steele dossier) on behalf of the Democratic National Committee (DNC) and the Hillary Clinton campaign — formed an essential part of the Carter Page FISA application. Steele was a longtime FBI source who was paid over $160,000 by the DNC and Clinton campaign, via the law firm Perkins Coie and research firm Fusion GPS, to obtain derogatory information on Donald Trump’s ties to Russia.

The dossier, described to Congress by then-FBI Director James Comey as “salacious and unverified,” was the foundational element in the specious narrative peddled by and through the mainstream media since the day after the 2016 election to explain Donald Trump’s astounding defeat of Hillary Clinton. Yeah, that’s the ticket. Trump got his Russian buddies to help him beat Hillary!

And even though an internal FBI unit described the dossier as “minimally corroborated,” the bureau still used it to obtain and maintain a warrant for turning the massive surveillance power of the federal government against private citizens working for — who else? — Trump.

Would that surveillance have happened without the dossier? Not according to then-deputy director of the FBI, Andrew McCabe, who, according to the Nunes memo, told Congress in December 2017 during closed testimony “that no surveillance warrant would have been sought from the [FISA] without the Steele dossier information.” As Comey might say, “That’s it?”

So there we have it yet again: Bill and Hillary Clinton manipulating the administrative, investigative and intelligence powers of the Washington Establishment to benefit themselves and discredit their opponents. Reasonable people wonder if this time the Clintons will, at long last, be held to account.

Author’s Note: Thanks to reader Beth Golden for correcting the Hillary “What, with a cloth or something” quote.

Republished with permission from Lifezette via iCopyright license