Alarmists at Union of Concerned Scientists are hailing outgoing Secretary of State Tillerson as a voice of reason inside a tumultuous Trump administration.

Support for the former oil producer within activist circles contrasts with their invective-filled criticism when Tillerson was first nominated.

“In a strange kind of way, [Tillerson’s] experience at Exxon dealing with energy and heads of state and climate gave him a deeper understanding of the diplomatic, economic and political dimensions of the issue,” Alden Meyer, director of strategy and policy for the Union of Concerned Scientists (UCS), said Tuesday in statement to the press. “From what we know, that does not seem to be the case with Pompeo.”

Meyer was referring to Trump’s decision Tuesday to nominate CIA Director Mike Pompeo to replace Tillerson, who opposed the president’s decision in June 2017 to leave the Paris climate agreement.

UCS appears to love Tillerson today, but they considered his nomination to lead the administration’s top diplomatic position a crime against humanity.

“You wouldn’t hire the CEO of a tobacco company to serve as surgeon general. So why would you pick the leader of an oil and gas corporation to spearhead a position tasked with national security and global climate action?” Ken Kimmell, president of UCS, said in a press statement shortly after Trump nominated Tillerson in December 2016.

**MORE COVERAGE OF THE GLOBAL WARMING FRAUD at LibertyHeadlines.com**

“Tillerson, a longtime oil executive, argued that the U.S. should keep a ‘seat at the table’ in global climate change talks and unsuccessfully sought to persuade Trump to stay in the Paris accord,” the news organization’s Marianne Lavelle wrote Tuesday before noting how environmentalists consider it ironic that Tillerson was the “best advocate of their cause in the Trump administration.” 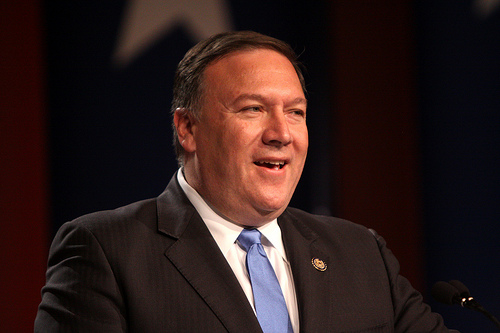 InsideClimate News and UCS appear more concerned about Pompeo, a former Republican congressman from Kansas, than they are of the man he is replacing.

Pompeo suggested in 2016 that the Paris deal amounted to “bow(ing) down to radical environmentalists,” and he blasted former President Barack Obama for fixating on achieving his “economically harmful environmental agenda.”