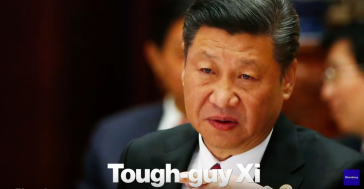 (Miami Herald) The 62-year-old Chinese shopkeeper had waited nearly his entire adult life to see his dream of building a church come true — a brick house with a sunny courtyard and spacious hall with room for 200 believers.

But in March, about a dozen police officers and local officials suddenly showed up at the church on his property and made the frightened congregants disperse. They ordered that the cross, a painting of the Last Supper and Bible verse calligraphy be taken down.

And they demanded that all services stop until each person along with the church itself was registered with the government, said the shopkeeper, Guo, who gave his last name only from fear of retribution.

Without warning, Guo and his neighbors in China’s Christian heartland province of Henan had found themselves on the front lines of an ambitious new effort by the officially atheist ruling Communist Party to dictate — and in some cases displace — the practice of faith in the country.

Under President Xi Jinping, China’s most powerful leader since Mao Zedong, believers are seeing their freedoms shrink dramatically even as the country undergoes a religious revival.

Experts and activists say that as he consolidates his power, Xi is waging the most severe systematic suppression of Christianity in the country since religious freedom was written into the Chinese constitution in 1982.