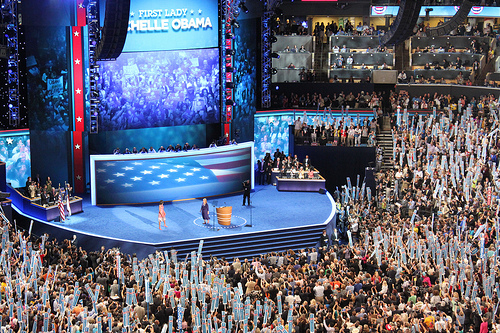 (Joshua Paladino, Liberty Headlines) The City of Charlotte placed diversity and inclusion as top priorities for the 2020 Republican National Convention.

The agreement between Charlotte and the RNC requires the host committee to make “reasonable best efforts, to ensure that, of the aggregate dollar value of all contracts for goods, equipment, services and supplies entered into … a significant portion of such contracts will be awarded to minority-owned, women-owned, and persons with disabilities owned business enterprises.”

“I’m a small-business owner. I started my business almost 21 years ago with a telephone and a Rolodex, and so I’ve got a lot of sense of what it means for a small business to have an opportunity like this,” said Lassiter, a Republican. “So we’re going to look aggressively to create opportunities.”

Lassiter said Charlotte 2020 does not have any targets for minority- and female-owned business participation, though they want to ensure economic gains trickle to local companies with diverse owners.

“We haven’t set a target,” Lassiter said. “I think we’re going to look at what our ultimate vendor needs are.”

The committee will have to report the percentage of money spent on diverse and inclusive businesses.

City council member James Mitchell, a Democrat, voted in favor of bringing the RNC to Charlotte because of the potential money local business owners can earn.

He said Charlotte 2020 should strive to give 30 percent of vendor contracts to minorities and women.

Mitchell said he was going to meet with a local NAACP chapter, the Urban League and the Black Political Caucus in order to gather names of qualified minority business owners.

The Democratic National Convention came to Charlotte in 2012 and set a high standard for awarding contracts on the basis of gender and race.

Charlotte tracked the percentages it spent on each category of people.

Lassiter criticized the 2012 convention host committee for not emphasizing local business enough, saying “a lot of the spending (sic) was for resources out of market and it didn’t pay enough attention to small businesses based here. As a small-business owner, that is a priority for me, and we want to make sure we have a diverse pool.”

The 2012 Democratic convention also limited the amount corporations and individuals could give to the organizing committee.

““We have not placed a restriction on our fundraising capacity,” Lassiter said.

“One of our pledges is around ensuring this convention is a local success story,” Price said. “We want to ensure there are great opportunities for local spend, local hires and a broad degree of inclusivity in that space. We’ve got a lot of work ahead of us.”