In response, the S&P 500 has thus far put in two weeks’ worth of declines (the index fell 2.1% last week) since making new highs to start the year.

Even though the U.S. stock market hasn’t even entered a true “correction” phase yet, Wall Street is already clamoring for more Fed stimulus.

Mainstream stock market mavens figure the central bank will step in to limit downside – and they are probably right.

Following the Federal Open Market Committee’s decision on Wednesday to keep rates unchanged, Fed Chairman Jerome Powell said he is “carefully monitoring the situation” with regard to the Chinese virus.

Powell is vowing to push the inflation up to a “symmetric” target of 2% – which in practice means pushing it above 2% for a sustained period to counteract the prolonged period of sub-2% inflation (at least officially).

The Fed now appears likely to re-embark on a rate-cutting campaign in the months ahead. Meanwhile, it continues to pump liquidity into the Treasury bill and repo markets.

In China, central bankers are hitting the panic button and pulling out their monetary bazookas.

As the Associated Press reported on Sunday, “China’s central bank announced plans Sunday to inject 1.2 trillion yuan ($173 billion) into the economy to cushion the shock to financial markets from the outbreak of a new virus when trading resumes on Monday.” 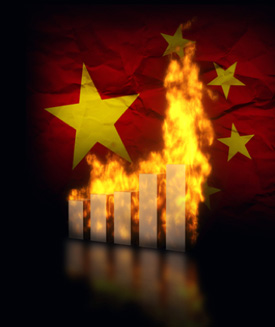 It added, “Chinese authorities have massive resources for intervening to staunch panic selling of shares and have deployed them in past times of crisis.”

The same could be said of U.S. authorities. Treasury Secretary Steven Mnuchin convened the “Plunge Protection Team” during Christmas week 2018 to stop the bleeding in the stock market. It has been upward and onward since… owing also to more recent support from the Fed’s rate cuts and balance sheet expansion programs.

Ongoing official back-stopping has made investors more complacent than ever. But the interventions haven’t stopped gold from rising.

Last week, gold quietly posted its highest closing price since 2013. Yes, gold is in a bull market even though virtually nobody in the mainstream financial media is talking about it.

The media will take notice when gold makes a new all-time record high – which could come later this year it keeps up its current rate of ascent.

The biggest beneficiary of that attention could be silver – the poor man’s gold, the metal the masses will turn to as they seek inflation protection.

The silver market is like a coiled spring. It has been depressed for many years. When it finally does break out, it is poised to jump in a very big way…Original Source…