‘Fearful for their families,’ they have been ‘harassed to the extreme’… 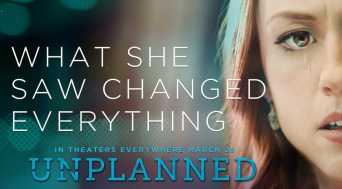 (LifeSiteNews.com) Police are investigating death threats sent to two Canadian independent theatre owners because they are screening the pro-life movie “Unplanned” on July 12, LifeSiteNews has learned.

As a safety measure, the movie’s producers have now removed from their website the comprehensive July 12 listing of 46 Canadian theatres — independents, Cineplex and Landmark locations — that will be showing “Unplanned,” Konzelman told LifeSiteNews.

They did so at the request of B.J. McKelvie, pastor and president of Fredericton-based Cinedicon, the Canadian distributor of the film.

McKelvie confirmed to LifeSiteNews that two Canadian independent cinema owners contacted police after receiving death threats they perceived as credible, and that they are “fearful for their families.”

Another Canadian independent theatre owner “has been harrassed to the extreme.”

One of the two owners who contacted the police has cancelled the “Unplanned” screening, but all the rest “are holding their ground,” McKelvie said.

He did not want to identify the locations, particularly because “it’s a police matter,” he told LifeSiteNews.