“The public has a right to know all about serious police misconduct, as well as about officer-involved shootings and other serious uses of force.” 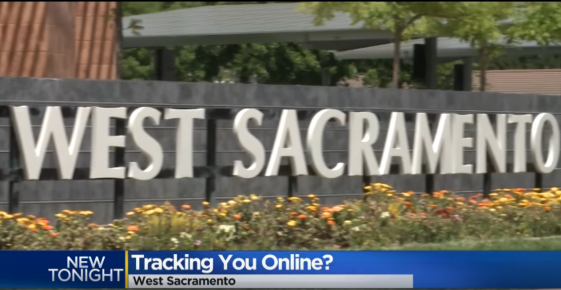 The lawsuit, filed in Sacramento Superior Court, states that both newspapers filed public records act requests in early January seeking release of such documents under Senate Bill 1421, which was designed to increase transparency by law enforcement agencies whose officers are involved in shootings or other incidents.

The requests sought records of all such incidents dating back to Jan. 1, 2014, but Sheriff Scott Jones’ department quickly rejected both requests, saying it had such records but would not release them until it had “clear legal authority to release such records.”

The lawsuit, filed by prominent San Francisco-based First Amendment attorney Karl Olson, said the records sought by both newspapers “are explicitly made disclosable by Senate Bill 1421” and that the sheriff is withholding the records under the argument that only records generated after the law took effect Jan. 1 can be released.

“When the California Legislature enacted SB 1421, it made clear that law enforcement should be transparent in how it has used deadly force, and how officers are disciplined,” said Lauren Gustus, Executive Editor of The Sacramento Bee and West Region Editor for McClatchy. “This is a matter of serious public interest. We at The Bee believe access to these records must be extended retroactively.”

The sheriff’s department, in letters to both newspapers, said “peace officer personnel records are protected by law” and that the new law “was not expressly made retroactive,” meaning that Jones would release records only for events that occurred after the law took effect.

The sheriff’s argument “is mistaken,” the lawsuit says, noting that even opponents of the new law conceded during legislative debate that its requirements are retroactive.

“We strongly disagree with it, and their position is inconsistent with the legislative intent in passing SB 1421,” Olson said in an interview.

California has had some of the strongest laws in the nation shielding law enforcement personnel records from view, and the lawsuit notes that the Legislature declared that the public has a right to view records involving serious incidents or wrongdoing.

“The public has a right to know all about serious police misconduct, as well as about officer-involved shootings and other serious uses of force,” the Legislature declared. “Concealing crucial public safety matters such as officer violations of civilians’ rights, or inquiries into deadly use of force incidents, undercuts the public’s faith in the legitimacy of law enforcement, makes it harder for tens of thousands of hardworking peace officers to do their jobs, and endangers public safety.”

The requests from both newspapers asked for five years worth of records involving investigations or sustained findings of deputies involved in sexual assault or dishonesty; records involving the use of firearms; and incidents involving use of force resulting in death or great bodily injury.

“The issue of retroactivity is currently being litigated and the Sheriff’s Department will be monitoring judicial determination of Penal Code section 832.7 as amended. Without clear legal authority to release such records, it remains illegal for us to do so, and subjects the Sheriff’s Department and the County to considerable potential liability,” the letter said.

The new law was passed after a series of controversial shooting deaths by law enforcement officials, including the March 18, 2018, shooting of Stephon Clark, a suspected car burglar gunned down by Sacramento police officers who thought he was carrying a handgun.

The department subsequently disclosed that Clark, 22, had been carrying only a cellphone. Autopsies by the coroner and by a private pathologist hired by the family both concluded some of the rounds that hit Clark entered through his back, although they differed sharply on the number.

The findings resulted in massive demonstrations throughout Sacramento that shut down Interstate 5, blocked access to a Sacramento Kings game and led to sharp criticism of District Attorney Anne Marie Schubert, whose office is still the target of regular protests.

Protesters want Schubert to file criminal charges against the two officers who shot Clark; her office’s probe of the shooting is not yet complete, but city officials have been bracing for the possibility of renewed demonstrations upon its release.