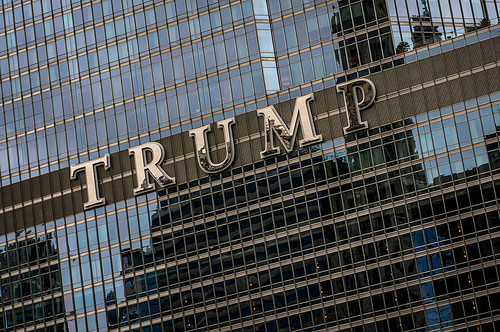 Trump has focused his presidency on helping the working class. His agenda looks to reduce taxes and regulations so that businesses can create more jobs and grow the economy. The business community firmly supports his agenda, but with some major promises still pending, they also urge results.

Business owners are primarily focused on regulations, taxation, and healthcare. The president has been able to rollback some regulations, but healthcare and tax reform remain unresolved. The National Federation of Independent Business (NFIB) found optimism among small business owners has surged since Trump took office.

“Our members are very pleased with the first one hundred days,” NFIB Communications Director Jack Mozloom told InsideSources. “The president has undertaken a number of initiatives that have been extremely important for small businesses for a number of years.”

Former President Barack Obama entered office during a severe economic downturn now known as the Great Recession. He finally started seeing steady economic gains towards the end of his presidency. The economy still faces many lingering issues that the new administration hopes to resolve.

The Job Creators Network (JCN) released a recent survey which found 60 percent of small business owners believe the president’s agenda will have a positive impact on their employees and customers. Tax reform was of particular interested to the business owners surveyed.

“The president did as much as he could on the healthcare side, and I think it’s really up to Congress to do the heavy lifting and making sure we get this right,” JCN President Alfredo Ortiz told InsideSources. “And then, of course, from a regulatory standpoint, I think there’s been a lot of action there.”

Business owners also want to see that the administration is putting forth a genuine effort. Implementing major initiatives like tax and healthcare reform can be difficult because of how complex and politically divisive they are. Lawmakers are likely to face setbacks so it’s critical the business community sees they’re actually trying.

“They want to see that there’s a genuine movement towards improvement,” Ortiz said. “I think we have seen that already.”

Republicans are looking to overhaul the tax code so that it promotes economic growth. The administration unveiled its tax reform plan Wednesday during a press conference. The president hopes to simplify the tax code while also lowering rates in order to reduce the tax burdens businesses currently face.

“As we near the hundred day mark, we’re encouraged by the president’s announcement outlining plans for tax reform,” Christin Fernandez, vice president of communications at the Retail Industry Leaders Association (RILA), told InsideSources. “For months we’ve been meeting with the administration and members of the House and Senate to showcase why comprehensive tax reform is the top priority for America’s retailers.”

The tax reform proposal simplifies the tax code by reducing all seven income brackets into just three. The three income brackets will be taxed at 10 percent, 25 percent, and 35 percent. The proposal didn’t detail exactly what income ranges each bracket will cover.

“Tax reform is probably to me and our members, especially our small business members, the most important thing,” Ortiz said. “It will give businesses the opportunity to hire more people, expand their operations, and invest in their communities.”

The plan reflected many of the same ideas that were detailed in a tax blueprintreleased by congressional leaders last year. The blueprint was also designed to simplify the tax code and reduce rates.

Republicans made healthcare reform a major rallying cry during the last administration. President Obama completely overhauled the health insurance industry through the Affordable Care Act. A recent Republican bill to repeal and replace the law failed even with backing from the president.

“The one disappointment that we have was Congress’ failure to repeal and replace Obamacare, but we’re very encouraged by their determination to keep working on that,” Mozloom said. “There appears to be some kind of deal that might satisfy the various blocks in Congress.”

President Obama oversaw a massive expansion of workplace regulations aimed at protecting workers. The business community and other critics contested the regulations put undue burdens on businesses while actually hurting the very workers it was meant to help. Trump has already upended a number of Obama-era regulations.

“We couldn’t be more supportive of what’s going on,” Ortiz said. “Unfortunately the regulatory reform side probably isn’t getting as much attention in the media but it really should be. I think there’s been a lot of issues that have been addressed already.”

The National Association of Manufacturers (NAM) estimated that total federal regulatory costs reached $2 trillion in 2012 alone. Business owners commit a lot of time and money to ensure they are not in violation of the law. NAM launched an ad campaign Thursday thanking the president for his push to reduce regulatory burdens.

“Imagine if we could save just half of that in some of these rollbacks,” Ortiz said. “That would be an enormous boon to the economy having those dollars being invested back into the business.”

Trump has been able to scrap some regulations just through executive orders alone. The president reduced offshore drilling restrictions and ordered federal agencies to withdraw two regulations for every new one implemented. He also signed a bill ending a rule that blacklists companies with labor violations from getting federal contracts.

“Franchise owners are relieved by the far greater level of regulatory certainty so far,” Michael Layman, vice president for regulatory affairs at the International Franchise Association (IFA), told InsideSources. “The anti-small business regulations coming out of the Obama administration were bewildering.”

The business community warned the blacklisting rule gave unions an unfair advantage when negotiating. They could cause a lot of headaches just by accusing a company of a labor violation. Layman noted franchises have been particularly concerned about the last administration expanding a regulation known as the joint-employer standard.

“We’re very hopeful the administration and Congress will cleanup the previous administration’s joint-employer mess,” Layman said. “That issue continues to plague businesses of all kinds well beyond franchising because of the uncertainty and increasing liability that grows out of that issue.”

The joint-employer standard determines whether an employer is responsible for the employees and labor liabilities of a company it contracts with. Employers take on a lot of legal burdens and costs when they become joint-employers. The Obama administration drastically changed how the standard is determined.

The joint-employer standard used to be determined based on whether a company has direct control over the employees of the other. The new standard looks at indirect control, which critics argue is too vague. The American Action Forum,  a center-right nonprofit, found the new standard could cost 1.7 million private sector jobs.

Trump has also managed to fill a vacant seat on the U.S. Supreme Court. Justice Neil Gorsuch was confirmed April 7 despite resistance from lawmakers on the left. He prides himself on being a constitutional originalist as opposed to a judicial activist.

“The president’s selection of Neil Gorsuch for the Supreme Court was a big win for small businesses,” Mozloom said. “We were the lead plaintiff in the landmark NFIB vs. Sebelius case which upheld Obamacare. We were the ones trying to overturn it. Our members learned a very hard lesson that day, that one Supreme Court justice makes a big difference.”

Gorsuch isn’t the only nomination from the administration that businesses support. Trump has filled his cabinet with appointees that share his economic agenda. Alexander Acosta being confirmed as labor secretary is one of the more critical appointments for businesses since he will be overseeing national workforce regulations.

Tom Price, the secretary of Health and Human Services, is also likely to play an important role when it comes to healthcare reform. Treasury Secretary Steven Mnuchin is also important to the business community as a key figure in reforming the tax system.

Labor unions have been far less enthusiastic about Trump. They have helped to organize national protests and grassroots campaigns against him. The president was able to gain some union support for his decision to relaunch construction on the Keystone Pipeline and other projects that help create jobs.

RILA is a trade association that represents retailers. NFIB represents 325,000 small businesses from across the country. IFA represents over 733,000 franchise establishments. NAM represents small and large manufacturers in every industrial sector. JCN is a coalition consisting of over a hundred trade association and business groups.