(Emily Larsen, Liberty Headlines) Prominent conservatives are slamming the new bipartisan, $1.07 trillion budget deal, which continues and increases spending for liberal priorities while failing to make progress on conservative priorities, or the priorities of the Trump administration. 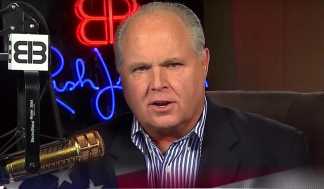 Rush Limbaugh slammed the budget deal on his radio show on Monday.

“Why is anybody voting Republican, if this is what happens when we win?” said Limbaugh.

The budget deal would fund the government through September. Some Republicans were worried about forcing a government shutdown if a budget deal was not reached by 11:59 pm on Friday, May 5th.

The budget deal also increases spending by $990 million for a “Food for Peace” program in Africa; increases the judiciary’s budget by $7.4 billion; adds $2.8 billion to the Department of Health and Human Services’ budget; and gives another bailout for Puerto Rico’s failing Medicare program to the tune of $295.5 million. None of the spending cuts recommended by the Trump administration in the “skinny budget” he proposed earlier this year made it into the spending bill.

“This is a total loss,” said conservative commentator Charles Krauthammer on Fox News.

“They ended up with nothing,” said Krauthammer. “It’s sort of embarrassing. I understand the strategy idea, we’re halfway through the year, only a few months left, this has all been negotiated in the past. You’ve saved your fire for September when you’re due for next year. That’s what they say every time, they’ve saved their fire, and they don’t use it the next time.”

Many Republicans are defending the budget deal as a necessary short-term step to get a bill passed by the Senate to fund defense and other crucial aspects of the government.

“[T]he hard fact is in the Senate, [Trump] is going to have to eight votes from the Democrats to bring this spending bill across the finish line,” Rep. Tom Rice (R-SC) of the Ways and Means Committee told Fox News, noting the 60-vote threshold in the Senate to avoid a filibuster. Rice also mentioned that a border adjustment tax, a priority for the Trump administration, is “on the table.”

But hardline conservatives in the House are not happy about the budget deal.

“This is not what we campaigned on. I’m disappointed,” Rep. Jim Jordan (R-OH), a founding member of the House Freedom Caucus, told CNN.

“Another deal to grow government. Instead of compromising to cut spending, each side agrees to let the other side spend more,” Amash Tweeted.

Some theorize that Republicans couldn’t negotiate a conservative spending bill because many Republicans aren’t actually conservative. Between 25 and 40 Republicans in the House won’t vote to repeal Obamacare at all, despite having campaigned on it, according to Byron York in the Washington Examiner.