‘The president has a constitutional responsibility to protect classified information…’ 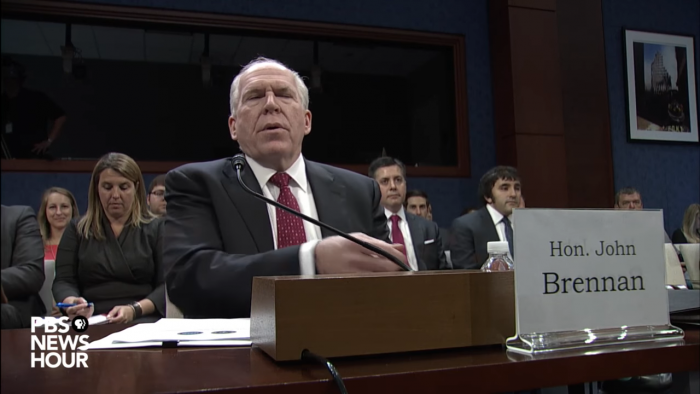 Among the snipes Brennan has publicly taken at Trump were calling the president’s July summit with Vladimir Putin “treasonous” and issuing unsubstantiated speculation that Trump was being blackmailed by the Russian president.

After the firing of FBI Deputy Director Andrew McCabe, Brennan also took to Twitter with a scathing attack, calling Trump a “disgraced demagogue.”

When the full extent of your venality, moral turpitude, and political corruption becomes known, you will take your rightful place as a disgraced demagogue in the dustbin of history. You may scapegoat Andy McCabe, but you will not destroy America…America will triumph over you. https://t.co/uKppoDbduj

Press secretary Sarah Huckabee Sanders made the announcement that Brennan’s clearance was being revoked at the start of a previously unscheduled media briefing at the White House. She said Trump is also considering taking the action against other former national security officials—and critics—who served in the Obama and George W. Bush administrations, including several Trump has fired.

Many of those on the list have been embroiled with scandal or have gone to unprecedented levels in criticizing the current administration. After his firing earlier in the week, Strzok, who was criticized in the FBI inspector general’s report for his biased anti-Trump text messages, publicly set up a Twitter account and a GoFundMe page to support his litigation efforts.

Denying that the revocation was retribution against critics, or an infringement of Brennan’s free-speech rights, Sanders said the decision was a matter of protecting classified information.

Former advisers often keep their clearances to be able to provide ongoing advice on national security.

“The president has a constitutional responsibility to protect classified information,” she said.