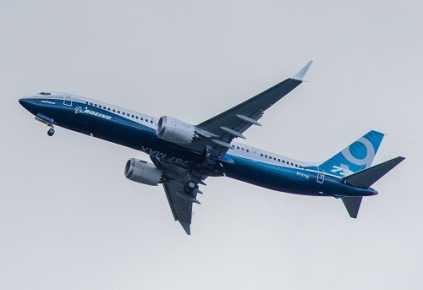 (Dominic Gates, The Seattle Times) The crash of Ethiopian Airlines flight 302 Sunday morning was the second crash of a new Boeing 737 MAX 8 in just over four months, after the crash of Lion Air flight 610 in Indonesia Oct. 29, which killed 189 passengers and crew.

Sunday’s crash will draw intense scrutiny for any link with the previous one because two crashes of such a new model are unusual.

John Cox, founder and CEO of Safety Operating Systems, an aviation safety consultancy, said that although photos from the site indicate that the plane hit the earth very hard with destruction of the airframe, the flight data recorders should be retrieved quickly.

“They need to. Being a new airplane and with the tragedy in Indonesia a few months ago, they need to find out if there is a connection or not,” Cox said. “There’s a sense of urgency.”

“We don’t know anything yet. We don’t have close to sufficient information to consider grounding the planes,” he said. “That would create economic pressure on a number of the airlines that’s unjustified at this point. We have to be patient and let the investigators do their job. They know the urgency.”

At a news conference, Ethiopian Airlines CEO Tewolde Gebremariam, who had just visited the crash site, called it a “very sad and tragic day.” He said the plane on recent flights had flown to Johannesburg, South Africa, and back, returning to Addis Ababa about 6 a.m. Sunday morning. He said neither the pilots on that flight nor ground maintenance staff reported any issues.

After about three hours on the ground, the fatal flight to Nairobi took off at 8:38 a.m. local time.

The pilot radioed air traffic control soon after, saying that “he had difficulty and wanted to return,” Gebremariam said. He was given permission to return to the airport, but the jet crashed at 8:44 a.m.

The pilot in command was a senior pilot with more than 8,000 flying hours, he said.

Preliminary investigation into the Lion Air crash established that a faulty sensor triggered a new flight control system on the MAX — called MCAS (Maneuvering Characteristics Augmentation System) — that repeatedly pushed the nose of the airplane down.

In response, Boeing sent out notification to all pilots worldwide warning them of that possibility, and provided instructions about how to handle the plane safely if it were to happen again.

Bole International Airport in Addis Ababa is at high altitude, 7,625 feet above sea level, and the terrain nearby is mountainous.

Flight tracking company Flightradar24, using information transmitted from the airplane, tracked Ethiopian flight 302 for three minutes. However, coverage at low altitudes in the area is limited because of the terrain and the data on the last minutes is not immediately available.

The Flightradar24 data that is available shows a fluctuation in altitude, with the jet climbing to 8,000 feet above sea level, then sinking to 7,700, and then climbing again to 8,600. These figures have to be corrected for local air pressure.

The Aviation Herald, a website that tracks information on airline accidents, reported that the last transponder data available, corrected for atmospheric pressure, showed the plane about 24 miles east of Addis Ababa flying at 9,027 feet above sea level, or less than 1,000 feet above the terrain at that point.

It’s unclear if the unusual dip in altitude before the crash is the result of a relatively normal flight transition, such as if the pilot was manually flying the plane and momentarily got busy and was distracted, or evidence of some technical problem.

Because of the Lion Air crash, there will be an immediate focus on whether the MCAS system could have been activated on the Ethiopian flight.

The Lion Air flight data showed that airplane repeatedly losing and then regaining altitude for 12 minutes before the final dive into the sea, as the pilots struggled to pull the nose up each time MCAS pushed it down.

But MCAS cannot activate until the pilot has gained altitude and retracted the flaps that give the wings extra lift for take-off. It’s not clear at this time what phase of flight the Ethiopian plane had reached and whether the flaps were retracted.

Ethiopian Airlines has a very modern fleet. However, the airline had a 737 crash in 2010, when a flight from Lebanon to Addis Ababa crashed shortly after take-off and killed all 90 people aboard.

The investigation into that crash blamed the pilots for “mismanagement of the aircraft’s speed, altitude, headings and attitude through inconsistent flight control inputs resulting in loss of control.”