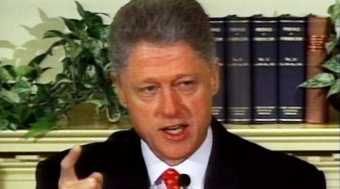 (Michael Barnes, Liberty Headlines) President Bill Clinton’s 1998 impeachment may seem like old news, but it’s about to be thrust back into the mainstream of American politics and media.

Kavanaugh worked as an attorney for Independent Special Counsel Kenneth Starr, who compiled the famous “Starr Report” that served as the basis for the House of Representatives to successfully impeach the 42ndpresident of the United States.

It was the first and only time an elected U.S. president has been impeached (Andrew Johnson was impeached, but never elected by American voters), although the Senate declined to convict President Clinton.

With Democrats hell-bent on stopping Kavanaugh and his likely rightward shifting of the high court, Senate Democrats who are tasked with confirming Trump’s nominee are almost certain to attack him for his role in the Starr investigation — which many elder Democrats and liberal media members still harbor bitter resentments.

Kavanaugh could be their whipping-boy in an unfair fight over old grievances.

But there’s a twist.

The Starr Report had two parts.

The first was the report itself, and the second part was boxes upon boxes of documentary evidence that the public report came from.

All of that information was sealed by a House Resolution and has never seen the light day.

Now, former congressman Bob Barr is calling for the sealed impeachment documents to be made public.

“In the coming confirmation maelstrom, it is a virtual certainty that Kavanaugh’s detractors will claim evidence was manufactured, manipulated, and misapplied in order to secure the President’s impeachment,” Barr wrote in a Breitbart News editorial on Wednesday.

Barr would know. He was a House Republican from Georgia at the time, and is more than a little familiar with Clinton political tactics and character.

“Unless the evidence in the sealed files is made available to defend against such charges, Judge Kavanaugh and those defending his nomination will be at a severe disadvantage,” Barr said.

“He may become the latest victim of a process of secrecy and caution that permitted a sexual predator and perjurer to escape justice two decades ago,” he continued. 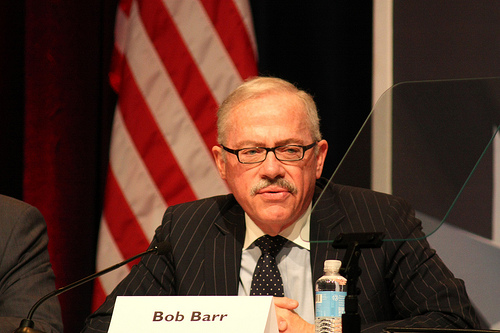 Barr was a member of the House Judiciary Committee in 1998, and served as an Impeachment Manager following the House vote to impeach President Clinton. He had access to the sealed files.

But when the Senate became involved, as constitutionally required, House Impeachment Managers were told they were only allowed to use the publicly available Starr Report to conduct Clinton’s Senate Impeachment trial.

The the boxes of sealed documents were off-limits.

“To this day that entire body of evidence remains unavailable to anyone other than current Members of the House,” Barr said.

Judges, especially Supreme Court justices, are supposed to be nonpartisan when wielding power from the bench. Fair trials depend on it.

By all accounts that’s how Kavanaugh has presided for the past 12 years as a federal judge.

But Senate Minority Leader Charles Schumer, a New York Democrat who was first elected to the Senate in 1998, is likely to paint Kavanaugh as a partisan hack who willingly engaged in a political witch hunt against a Democratic president.

Unsealing the boxes of supporting impeachment evidence would open a treasure trove of new information that could substantiate actions taken by investigators and attorneys, like Kavanaugh, at the time.

“There simply is no reason for the Republican leadership not to unseal those files; and there is every good reason to do so. Now,” said Barr.