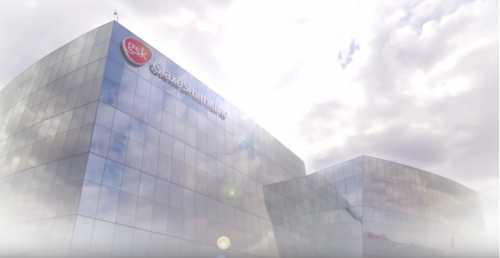 (Jeremy Roebuck, The Philadelphia Inquirer) In the same week as reports came to light that Chinese Intelligence had hacked Hillary Clinton’s unsecured private server during her time as secretary of state and only weeks since it was discovered that Sen. Dianne Feinstein employed a Chinese spy as her driver for 20 years, it appears Beijing is at it again.

One of the world’s leading biochemists pleaded guilty Friday to stealing proprietary information potentially worth millions from a GlaxoSmithKline research facility in Montgomery County, Pennsylvania, to help a Chinese company launched with financial backing from that nation’s government.

Yu Xue, 48, told a federal judge in Philadelphia that she pilfered promising cancer research she had developed while working for the British pharmaceutical giant’s Upper Merion Township location between 2006 and 2016. She had hoped to market the potentially ground-breaking therapies through a business she set up in China with two other co-defendants.

The case is the latest in a string of recent prosecutions of Chinese-American scientists accused of purloining trade secrets from U.S. companies in hopes of bolstering China’s competitive edge.

Politicians, including Sen. Marco Rubio, have highlighted the tremendous havoc that this corporate espionage can create. President Donald Trump has been mixed in his response, hitting China hard on tariffs while also supporting a bid to lighten congressional sanctions on Chinese telecom corporation ZTE over its business dealings in Iran and North Korea.

Even as she admitted her guilt in court Friday, Xue, a naturalized U.S. citizen, raised questions about the value and importance of the research she was charged with stealing – an issue that augured a looming battle over the seriousness of her crimes that is sure to dominate her sentencing in December.

“There are vast differences between the parties as to the value and importance of the information stolen,” he said.

Xue’s guilty plea delivered a significant win to the U.S. Justice Department, which, prior to her case, had suffered a series of embarrassing setbacks in corporate espionage cases involving Chinese-American scientists.

Both the Trump and Obama administrations have accused Chinese spy agencies of encouraging their nation’s businesses to steal trade secrets from American corporations and made stanching that flow a priority. But recent high-profile blunders have prompted critics to accuse federal authorities of racial hysteria reminiscent of the red scares of the 1950s.

Yet from the day FBI agents arrested Xue in late 2015, it was clear that they were confident this case would not end in another public embarrassment.

The 45-count indictment against her and five co-defendants—including her twin sister, a brother, and another colleague at GSK’s Upper Merion branch—contained long passages quoting the group’s email exchanges, including several in which they appeared to acknowledge what they were doing was wrong and worried what would happen if they got caught.

Prosecutors allege that between 2012 and 2015 Xue and a GSK colleague—Lucy Xi, 38, of Westlake Village, Calif.—continued to sneak dozens of confidential documents out of the company over email or by downloading them onto external thumb drives. They shipped them to colleagues preparing to launch the rival firm, Renopharma, which Xue had launched to exploit the research with several of her co-defendants.

Xue and her fellow conspirators were not directly charged with corporate espionage—an offense that would require prosecutors to prove involvement of a foreign government. Instead, she pleaded guilty to one count of conspiracy to steal trade secrets, an offense punishable by up to 10 years in prison.

Prosecutors have said they believe there was at least some level of involvement by Chinese government officials in setting up and backing Xue’s company.

In one August 2012 message cited in the indictment, she identified two key Chinese officials whom she felt confident she could persuade to invest in Renopharma through a “special government fund,” and laid out plans to give them “expensive gifts” to cement their support.

U.S. economic officials have accused China of setting up heavily subsidized funds specifically to lure Chinese scientists working for U.S. companies back to their native country and to encourage them to bring privileged technology and science research with them.

Renopharma’s own financial records from March 2014 list the equivalent of about $300,000 the company received from various government-backed funds in China that year.

However, Zeidenberg has insisted there was nothing nefarious about those payments and likened them to economic development grants routinely doled out by state and local governments in the United States.