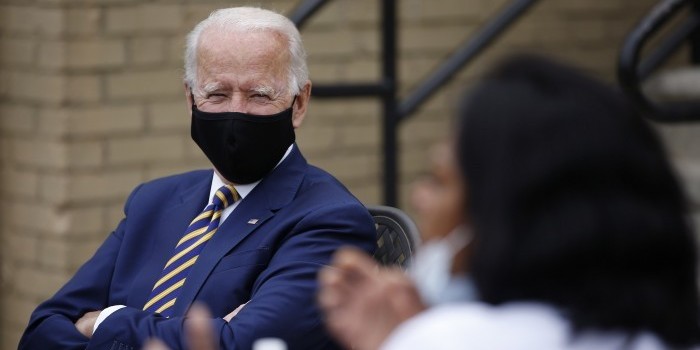 (Associated Press) Joe Biden’s campaign said Monday that the former vice president would commit to participating in three debates, and slammed a push by President Trump’s advisers for additional debates as an “effort to change the subject.”

“Donald Trump and Mike Pence should do the same,” she said in a letter to the Commission on Presidential Debates, the nonprofit group that sponsors general election debates.

“Any ‘debate proposals’ in lieu of that are just an effort to change the subject, avoid debates, or create a distracting ‘debate about debates,’” she added.

The letter, which was first reported by the Washington Post, came in response to a request made by Trump campaign manager Brad Parscale and former New York City Mayor Rudy Giuliani to add another, earlier debate to the current schedule of three. They also proposed that each campaign have a role in selecting the debate moderators.

Trump’s team noted absentee and mail voting is being expanded because of the COVID-19 pandemic and expressed concern that some ballots — especially those by elderly voters most at risk to the virus — could be cast before the first debate.

The seeming acceptance that a vast number of this year’s votes will be cast by mail marks a change for the campaign. Both Giuliani and Trump have criticized widespread mail voting and claimed without evidence that mail ballots are ripe for fraud.

In the Monday letter, O’Malley Dillon also pointed out that the Trump campaign’s request for more debates marked a shift from December, when advisers were threatening that Trump might skip the debates altogether.

Indeed, in a statement on the Biden campaign’s refusal to engage in additional debates, Trump campaign communications director Tim Murtaugh charged that his aides were “afraid” to send the Democrat out in unscripted situations, noting it’s been more than 80 days since Biden held a press conference.

“An earlier and longer debate schedule is necessary so Americans can see the clear difference between President Trump’s vibrant leadership and Biden’s confused meandering,” he said.