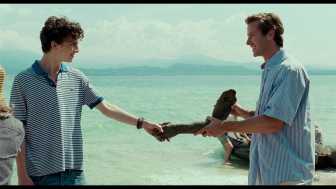 (Tom Joyce, LifeZette) “At the height of Hollywood’s #MeToo moment, they have just given Oscar nominations to a film glorifying statutory rape. After the year they’ve had, what are they doing?” host Laura Ingraham said during Tuesday night’s “The Ingraham Angle” on Fox News.

The Oscar-nominated film in question, “Call Me By Your Name,” is up for four Academy Awards, believe it or not.

The movie is set in Northern Italy in 1983 and features a relationship between a 24-year-old man and an underaged 17-year-old boy.

In the United States today, this constitutes statutory rape.

In other words — Hollywood and its associates want to praise a movie about a sex offender.

The timing of this could not be worse, since massive Hollywood sex abuse scandals have been uncovered in recent months and many mainstream actors and actresses have thrown their support behind the #MeToo movement, which is supposedly meant to combat sexual misconduct, especially within the entertainment industry.

“There’s a reason consent exists and Hollywood better get its story straight,” author and EWTN managing editor Raymond Arroyo told Ingraham on set while discussing the film. “Is the abuse of minors a bad thing or, at times, is it a romantic interlude and something to be celebrated? I think it’s always the former.”

Ingraham pointed out that what is especially odd about the nominations for “Call Me by Your Name” is that the movie has not been a huge box office success.

So far it’s grossed only $9.1 million — not a lot in terms of box office dollars.

The movie is one of the lowest grossing (and presumably least seen) to be nominated for the Best Picture Academy Award.

Every other film nominated for Hollywood’s most sought-after award, save for “Phantom Thread,” has grossed three times as much or more at the box office than “Call Me by Your Name.”

Those films also did not need illegal sex acts within their storylines to accumulate that kind of revenue.

Still, what Hollywood says and does usually tends to be different — so the fact that these entertainment elites continue to be hypocrites when it comes to sexual misconduct should not surprise any of us.

If they truly cared about sex abuse and not just their egos or images, they would not be elevating a movie of this sort.