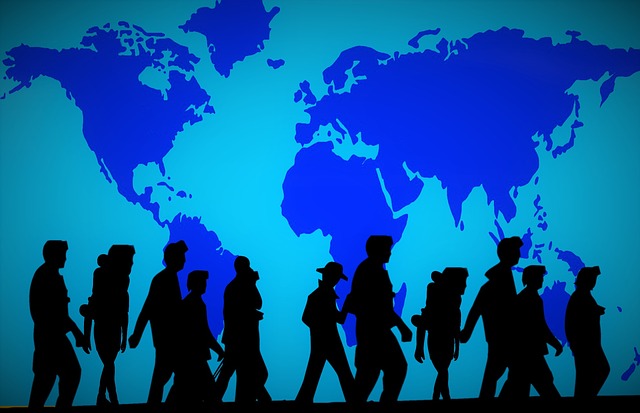 (Kate Morrisey, The San Diego Union-Tribune) Despite the Trump administration’s enforcement of immigration laws that affect migrant families and asylum claimants, one thing has remained the same: people keep coming.

More than 1,000 people waited in Tijuana last week to ask the U.S. for asylum, whether legitimate or not, according to an official list that tracks processing at the San Ysidro port of entry.

The numbers of false claims of need for asylum have exploded, which the Department of Homeland Security has said it will prosecute under the laws of the United States.

The port of entry has had a line of asylum seekers off and on since last year, when policy changes designed to keep more migrants in custody began clogging the processing system for new border arrivals, officials said.

That line has remained constant since at least late April.

On any given day, people passing by El Chaparral, the Tijuana side of the PedWest border crossing, can see at least 100 asylum seekers waiting under the shade of trees that line the end of the plaza.

For mothers waiting to cross, the enforcement of U.S. law means they have no idea what rules will be in place once it’s their turn for processing.

Despite the uncertainty, they say they are determined to try.

Alejandra, a 26-year-old mother from Guatemala traveling with her 4-year-old son and 2-year-old daughter, said she decided to come even though she knew someone who’d recently been separated from her children at the U.S. border, while her case was considered. She did not want to be fully identified out of fear for her life.

Death threats back home left her no choice, she said. She felt she had to come.

She said she has a cousin living in the U.S. who can help her family get settled, a major reason she chose to ask for help here instead of in Mexico, where she doesn’t know anyone.

She had heard about the Trump administration’s plan to expand family detention, part of the executive order ending family separation, which may not be possible under actual U.S. law.

It worried her, but it did not change her mind.

She wants her children to grow up without the constant fear they would live with in Guatemala, she said.

“It’s difficult to get used to the changes,” she said of the constantly shifting immigration policies. “More than anything, we have to have patience.”

The administration has hoped that prosecuting false asylum-seeking parents who cross the border with their children would deter migrants, particularly those from Central America.

Some parents have been separated from their children at ports of entry.

In many if not most of those cases, officials said that they either couldn’t verify the parent-child relationship or the parent had a criminal history, which meant they had to go to an adult immigration detention facility.

Along the California border, the majority of families come to ports of entry to ask the U.S. for protection rather than crossing illegally.

So far in fiscal 2018, 9,670 family members have come to ports of entry without documents to seek entry into the U.S., while 3,609 were caught illegally crossing the border, according to data from U.S. Customs and Border Protection.

President Donald Trump’s enforcement of immigration law has come under fire in recent weeks after it resulted in the alleged separation of more than 2,000 children from their parents or guardians crossing the border.

Trump last month announced that the administration would end the policy, but the government has reunited only a few of the families involved, likely because of legal requirements.

Administration officials said Friday in court filings in federal court in Los Angeles that rather than separate families, they now planned to hold parents and children together in indefinite detention as they await their court dates.

Luz, a 30-year-old mother who fled escalating violence in Jalisco, a state west of Mexico City, with her 6-month-old daughter, hoped that her turn to ask for asylum would come before the end of the week. She had already been waiting for three weeks because the U.S. system is overwhelmed.

She knew of two or three families who returned home after learning about the possibility of separation but said most had stayed.

She hadn’t heard about families being separated before she arrived in Tijuana.

When she found out, she decided to go ahead with her plans. She’d been told officials weren’t likely to take her daughter away given how young she was. She has family in the U.S. who have promised to take care of her.

After Trump’s executive order ending separation, she felt less worried, but she still had doubts, she said. She checked for news on U.S. immigration policy daily using the shelter’s internet service.

“We’re going to risk it because we can’t go back to our city. Maybe we’ll spend one or two days apart, but we’ll be alive. In our town, they will kill us,” Luz claimed.