(J.P. Cortez, Sound Money Defense League) Sound money advocates scored a major victory today when the Arizona state senate voted 16-13 to remove all income taxation of precious metals at the state level. The measure heads to Governor Doug Ducey, who is expected to sign it into law.

Under House Bill 2014, introduced by Representative Mark Finchem (R-Tucson), Arizona taxpayers will simply back out all precious metals “gains” and “losses” reported on their federal tax returns from the calculation of their Arizona adjusted gross income (AGI).

If taxpayers own gold to protect themselves against the devaluation of America’s paper currency, thanks to the inflationary practices of the Federal Reserve, they frequently end up with a “gain” when exchanging those metals back into dollars. However, this is not necessarily a real gain in terms of a gain in actual purchasing power. This “gain” is often a nominal gain because of the slow but steady devaluation of the dollar. 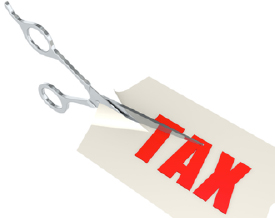 Yet the government nevertheless assesses a tax.

“Arizona is helping lead the way in defending sound money and making it less difficult for citizens to protect themselves from the inflation and financial turmoil that flows from the abusive Federal Reserve System,” said Stefan Gleason, Director of the Sound Money Defense League.

Dr. Ron Paul noted, “HB 2014 is a very important and timely piece of legislation. The Federal Reserve’s failure to reignite the economy with record-low interest rates since the last crash is a sign that we may soon see the dollar’s collapse. It is therefore imperative that the law protect people’s right to use alternatives to what may soon be virtually worthless Federal Reserve Notes.”

A few state legislatures, including Utah and Idaho, have also taken steps toward eliminating income taxation on the monetary metals. Other states are rolling back sales taxes on gold and silver or setting up precious metals depositories to help citizens save and transact in gold and silver bullion.

Read more about what states can do to promote sound money policies here.