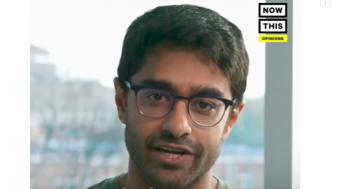 According to the New York Post, Saikat Chakrabarti is under investigation regarding two political action committees he founded.

“People were not happy that he used his Twitter account to comment about members and the bills that he and his boss oppose,” a senior House Democratic staffer said when asked about Chakrabarti’s sudden exit. “There was a series of colliding and cascading grievances.”

The two PACs Chakrabarti founded, Brand New Congress and Justice Democrats, funneled more than $1 million into two private companies that Chakrabarti had ties to, according to Federal Election Commission filings.

The PACs relied heavily on small donors and raised about $3.3 million to support progressive candidates in 2016 and 2017.

But a third of that cash was transferred to Brand New Congress LLC and Brand New Campaign LLC, according to documents.

The National Legal and Policy Center, a government watchdog group, filed a complaint with the FEC after discovering Chakrabarti’s shady maneuvering.

A lawyer for Chakrabarti’s companies claimed that the money transfer “fully complied with the law and the highest ethical standards,” but campaign finance experts aren’t so sure.

Chakrabarti slammed moderate Democrats on Twitter, claiming they are “hell-bent to do to black and brown people today what the old Southern Democrats did in the 40s.”

Pelosi reportedly reprimanded AOC and the other “Squad” members for the antagonistic rhetoric.

“You got a complaint?” Pelosi asked in the closed-door meeting, according to Politico. “You come and talk to me about it.”