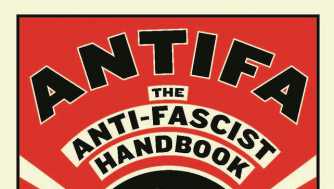 According to PJ Media, at least five Christopher Columbus statues have already been vandalized in New York City in recent weeks, based on reports from Far Left Watch.

In one case last month, vandals defaced a “larger-than-life” statue of Columbus in Central Park, leaving blood-red paint on his hands, and scrawled, “Hate will not be tolerated” and “#SomethingsComing” on its pedestal.

What is coming appears to be a coordinated campaign to destroy or deface monuments across the country on Columbus Day.

The NYC-based antifa group Revolutionary Abolitionist Movement (RAM) made the announcement on Thursday, September 21, calling on antifa groups nationwide to “decorate” their neighborhoods.

According to Far Left Watch, RAM is “an extremely militant group that advocates for the violent redistribution of property” and for “the abolition of gender.”

The militant group recently hosted an “Our Enemies in Blue” anti-police workshop at its branch in Brooklyn, NY. RAM posted a video called “Against Columbus Day” on the antifa website It’s Going Down, showcasing destroyed monuments across the country and black-clad antifas pacing around menacingly to what appears to be 1980s German electropop.

“The battles lines have been drawn and white supremacists are on notice,” the RAM group wrote in a statement on the website. “White nationalist statues are crumbling all over the US as our collective revolutionary power is growing.”

While a recent poll showed that a majority of Americans support a holiday honoring Christopher Columbus, RAM called Columbus Day, October 9, “one of the most vile ‘holidays’ of the year…”