‘Little information has been made available to the public…’ 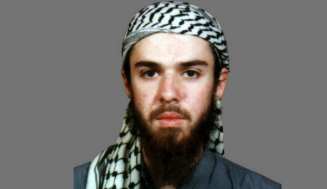 John Walker Lindh, ‘American Taliban,’ is due to be released in May 2019 and has continued to call for “global jihad” and to translate “violent extremist texts” during his incarceration.

(Niels Lesniewski, CQ-Roll Call) A bipartisan team of senators is asking the Trump administration why the convicted terrorist who became known as the “American Taliban” is about to get early release from federal prison.

And the questions are coming in part from the chairman of the Senate Appropriations Committee.

Republican Sen. Richard C. Shelby of Alabama and Democratic Sen. Maggie Hassan of New Hampshire have lots of questions for the Trump administration about the expected release on Thursday from federal prison of John Walker Lindh.

The bipartisan senators have asked Hugh Hurwitz, the acting director of the Federal Bureau of Prisons, to answer several questions about preparations for the release of convicted terrorists.

“We write to express concern over the anticipated release of convicted American Taliban fighter John Walker Lindh and request information about what steps the U.S. government is taking to ensure public safety,” Shelby and Hassan wrote in their Friday letter. “Mr. Lindh was captured in Afghanistan in 2001, and the following year, he pled guilty to serving as a soldier of the Taliban. Mr. Lindh was sentenced to 20 years in prison but is scheduled to be released early from federal custody on May 23, 2019.”

As a U.S. citizen, Lindh became among the most visible of all the Taliban fighters taken into custody in the aftermath of the Sept. 11 attacks. But Shelby and Hassan said in their letter that their concerns with the Bureau of Prisons about the potential for early release do not end with him.

“As many as 108 other terrorist offenders are scheduled to complete their sentences and be released from U.S. federal prisons over the next few years. Little information has been made available to the public about who, when and where these offenders will be released, whether they pose an ongoing public threat, and what your agencies are doing to mitigate this threat while the offenders are in federal custody,” the senators wrote.

Aside from asking why Lindh is due to be released before serving the full 20 years, the senators want to know, “How many prisoners in federal custody convicted of terrorism-related crimes, or who are categorized as extremist, will be released between now and 2025? Where will they be relocated?”

They also want to know what is being done to reduce the risk of recidivism.

Shelby, the chairman of the Appropriations panel, had previously written to President Donald Trump about Lindh in late March.

Shelby said in that March 27 letter that the issue of the early release for Lindh had been raised by the Alabama family of a CIA officer whose death may have been connected to Lindh’s time in Afghanistan.

“Central Intelligence Agency officer Johnny Michael Spann was killed in the Mazar-e Sharif uprising in Afghanistan in November 2001. He was the first American killed in the global war on terrorism,” wrote Shelby. “Mr. Lindh, an American who was captured along with Taliban fighters by U.S. forces in November 2001, is believed to have had direct involvement in Spann’s death.”