‘It’s a massive capital investment that gets utilized very little…’ 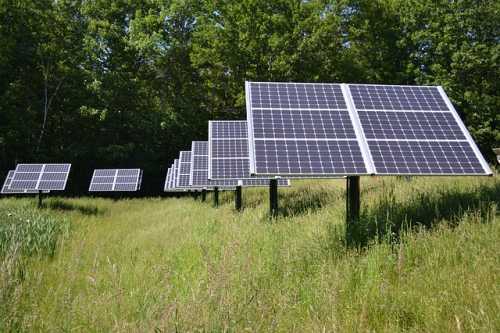 (Lionel Parrott, Liberty Headlines) In recent years, many states, especially blue ones, have made efforts to mandate minimum percentages of power generation from renewable energy sources like wind and solar.

But those efforts might be hitting a snag because of science.

The problem with these two sources of energy is that they’re not always available.

Advocates of renewable energy have tried to get around this thorny issue with yet more technology: batteries.

Massive lithium-ion batteries can be used to store the energy collected from wind and solar for future use.

Unfortunately, this comes with a problem of its own: cost.

A recent article from MIT Technology Review lays out the case that relying on lithium-ion batteries is maddeningly expensive, to the tune of trillions of dollars.

The trillion-dollar figure is reached by assuming the United States will meet 80 percent of its electricity demand with wind and solar, which would require a massive battery storage system—one capable of 12 hours of electricity storage.

And that’s assuming lithium-ion batteries are a third of the cost of what they are now.

“The system becomes completely dominated by the cost of storage,” said Steve Brick, who serves as senior advisor for the Clean Air Task Force, a think tank devoted to energy policy. “You build this enormous storage machine that you fill up by midyear and then just dissipate it. It’s a massive capital investment that gets utilized very little.”

Perhaps no other state in the country has proven itself more dedicated to the cause of renewable energy than California.

Currently, there are four giant lithium-ion battery storage projects waiting to be approved by state regulators to serve the state’s goal of distancing itself from traditional sources of energy like natural gas.

The article says the issue with the batteries is something the state can’t afford to ignore given that it is on track to get 50 percent of its electricity from renewable energy by 2020, with a bill pending before the legislature that would increase this level to 100 percent by 2045.

To combat the cost problem, researchers and startups are considering various possibilities, but analysts warn that trying to meet north of 90 percent of the country’s electricity demands from renewable energy sources could be prohibitively expensive.

Jesse Jenkins, who authored the cost study that prompted the article, said: “The risk is we drive up the cost of deep decarbonization in the power sector to the point where the public decides it’s simply unaffordable to continue toward zero carbon.”

There are yet more challenges ahead for advocates of the batteries, the biggest one being the federal government, which is funding efforts to remove cobalt from them.

A metal found mostly in the Democratic Republic of the Congo, cobalt is mined from workers who labor in deplorable conditions, which has prompted human rights concerns. But cobalt might be necessary for the long-lasting batteries renewable advocates need.