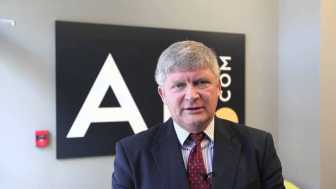 (Quin Hillyer, Liberty Headlines) Alabama could become the first state in the union to eliminate its role in “granting” marriage licenses.

According to a bill that passed the state Senate 19-1 last week, and is due for a House committee hearing on Wednesday, Alabama probate judges would still record marriage declarations duly filed in their offices, but only as a recognition that an existing status is duly sworn – rather than in the role of a grantor of, or officiant for, the marriage.

If the bill passes, no official ceremony, religious or civil, would be required to formalize the union.

The new law would require “that the form that’s presented to be recorded must be accepted,” said Republican state senator Greg Albritton, the bill’s sponsor.

“It doesn’t change the fees,” he said. “It changes very little of the process. But it does allow and kind of takes a libertarian view of getting the state out of it as much as possible.”

Albritton has introduced versions of the bill for four years in a row, in response to the Supreme Court’s 2015 Obergefell v. Hodges decision mandating the recognition of homosexual marriage nationwide.

“The move comes after years of back-and-forth among some probate judges who have refused to issue licenses at all following the Supreme Court’s 2015 ruling,” reported the web site Alabama Political Reporter. “The judges argued that they didn’t want to issue licenses to gay couples, so they just wouldn’t issue them at all.”

One such probate judge is Nick Williams of Washington County, who said the U.S. high court’s decision amounts to civil officials “redefin[ing]” marriage despite marriage being created not by man but by God.

Alabama’s then-Chief Justice, Roy Moore, was removed from office in 2017 for instructing probate judges to ignore the Obergefell decision, at least until the state Supreme Court had formalized it in the form of a judicial order.

“What this bill does is that it truly separates the church and the state,” Albritton explained in a Senate floor speech. “The state has an obligation to deal with marriage when it deals with the matter of contract law. The church and individuals have the obligation of marriage when it comes to the sanctity and the solemnity and the permanence of marriage. Those things are separate here.”

The Alabama Probate Judges Association has taken no official position on Albritton’s bill – but the 19-1 vote in the Senate seems to indicate that the bill is on a fast track to passage.

Social conservatives who don’t want the state to grant marriages to same-sex couples obviously support it – but so do liberals such as Democratic state Rep. Patricia Todd.

She said she isn’t happy that the catalyst for the bill seemed to be reaction to the Obergefell decision, but she also doesn’t see why the state should be in the marriage business anyway.

(Judge Moore opposes the bill, saying “we need to take a stand for holy matrimony.”)

Other states have considered similar legislation, but no such bills have passed both legislative chambers in any other state.

A key Mississippi legislator, House Judiciary Committee Chairman Andy Gipson, said in 2015 that he would strongly consider the idea.

Last year, Mississippi passed a law providing that local court officials could decline, for personal religious convictions, to issue marriage licenses – but the state would then have to issue them instead.

Also in 2015 – the year Albritton first introduced his bill in Alabama – the Oklahoma House passed a bill extremely similar to Albritton’s, but it never became law.

All states still require some sort of official government act to grant a marriage license.

But if Albritton’s bill becomes law in Alabama, other states may follow suit.