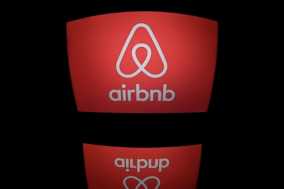 (AFP) Airbnb sued the city of New York on Friday, denouncing as “an extraordinary act of government overreach” a new law forcing home-sharing platforms to disclose data about hosts.

It was a dramatic escalation in the battle between the $30 billion company and authorities in America’s most populous city, amid a global backlash against “sharing economy” startups disrupting traditional industries.

The rental site filed the lawsuit in a federal court in Manhattan, asking for the law to be scrapped and branding it a product of a “multimillion-dollar campaign funded by the city’s powerful hotel lobby.”

The law, which comes into effect on February 2, 2019, requires home-sharing platforms such as Airbnb to disclose information about hosts and imposes hefty fines for non-compliance.

The 29-page suit called the ordinance “illegal” and argues that it “breaches critical privacy protections” for both home-sharing platforms and New Yorkers.

“No probable cause, notice, or legal review is contemplated in connection with the bulk collection of this data, and no real restrictions are placed on its use or dissemination,” the suit argued.

“This law provides the city with the critical data it needs to preserve our housing stock, keep visitors safe, and ensure residents feel secure,” said Christian Klossner, executive director of the mayor’s office of special enforcement. “This city will defend it.”

Supporters say the legislation will clamp down on illegal short-term rentals, which they argue drive up rents and make housing even less affordable.

Airbnb contends that most users in the city are hard-pushed New Yorkers trying to make ends meet by renting out rooms in their homes. New York is the company’s biggest US market.

The state of New York already tightened the rules in 2016, slapping steep fines on those who let out unoccupied apartments for fewer than 30 days — which is against the law unless the owner or lessor is present.

According to the lawsuit, “entire home” Airbnb listings make up only around 0.8 percent of homes in the city of 8.5 million people.