(Daily Caller News Foundation) President Donald Trump will not focus on deporting farm workers, even if they are illegal, according to the new Agriculture Secretary Sonny Perdue. 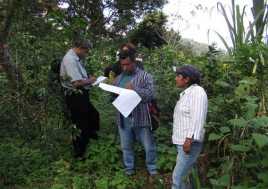 Agriculture groups have expressed concern that Trump’s immigration policies could cause food prices to rise and threaten the stability of farms. Perdue, who took office Tuesday, suggested that the president is open to helping farmers protect their immigrant labor force during a speech at the Agricultural Business Council of Kansas City, radio station KCUR reports.

“[Trump] understands that there are long-term immigrants, sometimes undocumented immigrant laborers, out here on the farms, many of them that are doing a great job, contributing to the economy of the United States,” Perdue said. “That is not his focus nor will that be my focus.”

Many food producers, particularly farmers and dairies, rely on foreign workers because they are typically more willing to do the difficult jobs for lower wages than U.S. nationals.

Several farm advocacy groups have warned that if Trump institutes his immigration policies and deports millions of illegal workers, farm expenses will jump and cause food prices to rise.

Perdue said he hired former American Farm Bureau Foundation attorney to present a blueprint to Trump on how to identify immigrants who contribute to the country.

“I’m hoping she can provide the president and his administration a blueprint and a program of how we can separate and divide and understand who are the immigrants that are contributing to American society and contributing (to) putting … that food on the table and the fiber that we need for clothes,” Perdue said in his speech.

Perdue successfully advocated farmers’s interests to the president, and reportedly influenced Trump’s decision to renegotiate, rather than withdraw from NAFTA. Perdue and other economic advisors showed the president how many jobs would be lost in states that voted Republican in the 2016 election if the U.S. withdrew from NAFTA, the Wall Street Journal reports.