‘This is not just an issue of violence. This is clearly a hate crime and must be treated as such…’

(Liberty Headlines) A black activist in Indiana, became the latest person to claim he was threatened with “attempted lynching” in a widely shared Facebook post, although no evidence from his own video suggested his life was in imminent danger.

Bloomington resident Vauhxx Rush Booker claimed he suffered a minor concussion, cuts, bruises and had patches of his hair pulled out during the scuffle.

Leftist outlets covering the event now tout him as a “survivor” of the almost-lynching.

By his own admission, Booker said in his Facebook account of the incident that he had been boycotting July 4 festivities and was trespassing on private property with friends to view the night’s lunar eclipse at Lake Monroe, which includes several public trails and nature reserves as well as private residences.

On their way to the designated location, Booker said he and his companions were advised that they were trespassing by a man on an ATV wearing an “oversized hat with a [C]onfederate flag print on it,” but they proceeded onward.

“We relayed to him that we believed the organizers had received permission from the property owners to cross, but apologized and went on to our beautiful site just off the water without any further incident,” Booker said.

“When we arrived we told the event organizer of the encounter and it was relayed that the individual wasn’t the actual property owner and the organizer apologized,” he said.

Booker said on the return trip, however, there was another dispute as to whether a “public beach way” was also private property. A map of the state park does not indicate that there are any publicly accessible beaches.

“We decided to just walk back and attempt to simply have a conversation with some of the more sober seeming group members and see if we could smooth things over a bit,” Booker claimed.

“We were calm and polite, but looking back now, it’s apparent that these individuals began targeting our group the moment they saw myself, a [b]lack man and were looking to provoke a conflict,” he added.

Booker said that the group claiming to be the property owners redirected his party to use a trail instead. However, the confrontation between the two groups soon became “aggressive,” he said.

A series of cellphone videos, the first of which had been viewed more than 5.5 million times by Tuesday, showed part of the altercation that followed.

One of the men appears to have Booker pinned against a tree as others encourage him to let go. The group also hurls racially provocative insults, seemingly referring to Booker as “nappy headed” and shouting “white power.”

While the inebriated exchange is cringeworthy and understandably offensive, Booker’s claim that he was in imminent danger of being lynched did not appear to be substantiated by the video recordings.

Additionally, some commenters questioned whether the racially charged remarks were directed at Booker or at his white companions, noting that the perspective of the recordings made it unclear.

Other online commenters responded with their own inflammatory and racist comments against the alleged white perpetrators, as well as exhortations of violence.

Several sought to dox the alleged assailants by providing what commenters claimed was their personal and employment information.

Despite Booker’s past social-media attacks on police during recent protests, law enforcement officers with the Indiana Department of Natural Resources responded and are investigating, said Capt. Jet Quillen.

A final report will be forwarded to the Monroe County Prosecutor’s Office, Quillen continued, providing no other details about what happened or whether any arrests have been made.

The Monroe County Prosecutor’s Office did not immediately respond to The Associated Press’ request for comment.

Bloomington Mayor John Hamilton and Bloomington City Clerk Nicole Bolden issued a statement Monday expressing their “outrage and grief” over what they said was a racially motivated attack.

State Sen. Mark Stoops, a Bloomington Democrat, said he was “horrified by the racist attack” and called on Republican Gov. Eric Holcomb to suspend and investigate the Department of Natural Resources officers who responded to the scene for failing to make any arrests.

“This is not just an issue of violence,” Stoops said in a statement Monday, “this is clearly a hate crime and must be treated as such.”

WRTV reported that two people were injured Monday night when a vehicle ran into a group that was protesting outside the Monroe County Courthouse in Bloomington to demand arrests from the weekend incident.

There was no immediate word on the conditions of the injured protesters or the driver’s motive. 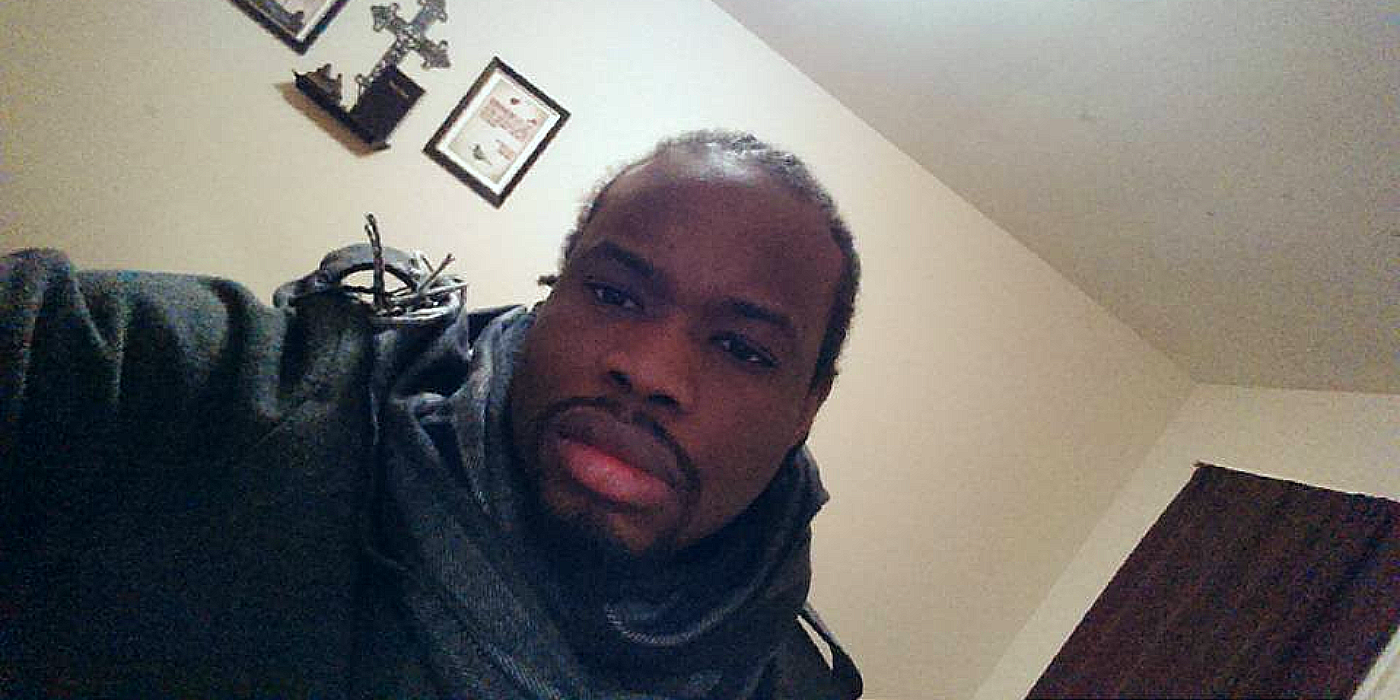 Public records indicate that he has had a checkered legal history, including a 2016 case in which he was sued by Allstate Insurance Agency for negligently causing damage in an auto accident, a 2016 battery charge of his own that appeared to have been dismissed, several moving violations, a probation violation and a charge for harboring a non-immunized dog.

In 2018, Booker spoke out after a Bloomington Transit employee accused Booker of stealing a bus pass shortly after he bought a ticket.

Booker said the employee sold him the pass, then could not find proof of the transaction and called the police. The unnamed Bloomington Transit employee was fired.

Booker’s posts also indicate that he has been active in the local protest movement and politics.

Prior posts that appeared to be inflammatory had made references to lynchings and the assassination of Dr. Martin Luther King, attacked law-enforcement and had indicated that calls to educate whites rather than focus on uplifting blacks were a form of “white supremacy.”