(Quin Hillyer, Liberty Headlines) Draining a swamp – as candidate Trump metaphorically said he wanted to do to Washington’s fetid bureaucracy – requires manpower to get rid of all the muck. 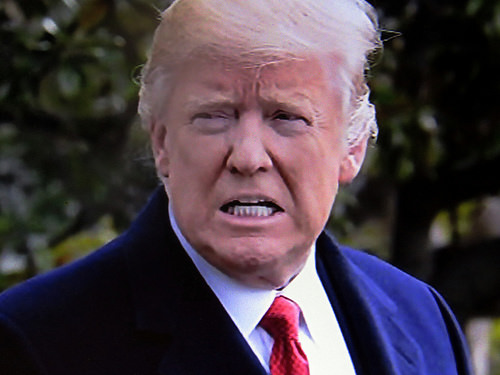 But various factions on the right are increasingly concerned with the slow and/or uneven pace, and direction, of the Trump Administration’s placement of personnel within executive departments to do the hard work of reform.

Politico on Monday lent credence to earlier reports that one reason for the slow pace of executive appointments – more on those numbers in a moment – is that different right-leaning factions exist, and they disagree about who is in charge.

Many, perhaps most, of Trump’s Cabinet appointments were greeted with acclaim from most of the otherwise semi-warring factions on the right. Most of Trump’s conservative supporters also were thrilled that Trump was so aggressive about appointing “landing teams” of mostly conservative staffers to help oversee the transition of executive agencies to new management.

But what didn’t mesh, according to numerous reports long before the new Politico story, were the combinations of the landing teams and the Cabinet picks.

The problem, say the reports, is that the Cabinet secretaries had little or no role in choosing their own transition teams – and some of those landing team members were not experienced hands in their particular agencies’ subject areas, but rather – to quote Politico – “mostly young Trump campaign aides with little experience in government.” Result, as per the May 1 report:

“These White House-installed chaperones have often clashed with the Cabinet secretaries they were assigned to monitor…. The tensions have escalated for weeks, prompting a recent meeting among Chief of Staff Reince Priebus, Trump son-in-law Jared Kushner, and other administration officials.”

With the landing teams and the Cabinet secretaries pulling in different directions, and with Trump himself accustomed to dealing with only a small inner circle and thus perhaps not as attuned to the importance of filling the federal bureaucracy with as many like-minded appointees as possible, conservative grumbling has grown for weeks about the hundreds of empty positions in federal departments that are a new president’s prerogative to fill.

As conservative columnist Byron York – mostly friendly to Trump – wrote in early April, Trump’s habit of relying on only “a tight circle of people who were either related to him or had been with him for a very long time… has led to an acute staffing problem across the administration and also to high-profile infighting in the White House.”

As of that writing, York reported:

According to a database compiled by the Partnership for Public Service and the Washington Post, out of 553 important positions that require Senate confirmation — and that is by no means all the political appointments Trump has to make— only 22 Trump nominees have been confirmed, while another 53 have either been formally nominated or are awaiting formal announcement of their nominations. That leaves 478 jobs with no nominee at all.

Again, those are just the jobs that require Senate approval. There are nearly 4,000 jobs across the whole bureaucracy that are filled by people serving at the pleasure of the president’s team, without meeting ordinary civil service requirements. Filling all those slots takes time, to be sure, but compared to past administrations, this one reportedly is well behind the ordinary schedule.

York, for one, observed: “The president will have to entrust with power a new set of Republicans who weren’t on the Long March [of the Trump Republican primary campaign] and who aren’t related to him by blood or marriage.”

The Politico report suggests that the logjam may begin to be broken because the administration is finally deferring to the Cabinet members.

“Now the White House seems inclined to let Cabinet secretaries decide whether they want their [landing team members] to stay,” the Web site reported. “At some Cabinet departments, the advisers have already been hired for permanent jobs, while other advisers have moved elsewhere in the administration or left altogether.”

Either way, the conservative complaints about staffing difficulties have not detracted from overall conservative satisfaction with the new regime. As CNN reported last Friday in a story called “Trump wins over conservatives (for now),” both the “conservative grassroots” and “conservative thought leaders” pronounce themselves “firmly behind Trump because they believe he is sticking to his campaign promises.”

The question is if he’ll fill all those positions with people who can actually implement the new policies.