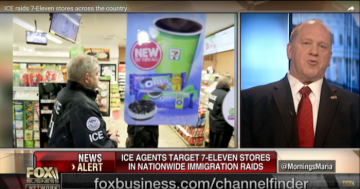 (CNS News) – Law enforcement agencies in approximately 675 jurisdictions around the United States declined to comply with U.S. Immigration and Customs Enforcement “detainer” requests and hand over to ICE removable aliens whom those jurisdictions had arrested for violating local laws, according to the Inspector General for the Department of Homeland Security.

According to the IG, this lack of cooperation from local law enforcement agencies has hindered ICE’s efforts to identify known or suspected foreign terrorists, who are inside the United States.

On Jan. 5, 2018, the IG issued a report–“ICE Faces Challenges to Screen Aliens Who May Be Known or Suspected Terrorists”—that discussed the issue.

“ICE Enforcement and Removal Operations (ERO) faces challenges in implementing the Known or Suspected Terrorist Encounter Protocol (KSTEP) screening process, which is used to identify aliens who may be known or suspected terrorists,” the report said.

A section of this report was titled: “Some Local Law Enforcement Agencies Are Not Honoring ICE Detainers.”

… “Based on source data provided by ERO’s Law Enforcement Systems and Analysis unit, we determined that approximately 675 jurisdictions nationwide declined to honor more than 29,269 ICE immigration detainers from January 2014 through May 2017,” the report said.

“When a state or local law enforcement agency declines to transfer custody of a removable criminal alien to ICE, the released alien may put the public and ERO personnel at risk and requires significantly more resources to bring the individual into ICE custody,” the IG report said…