‘We believe it will protect religious freedom not just for Catholics, but for Americans of all faiths…’ 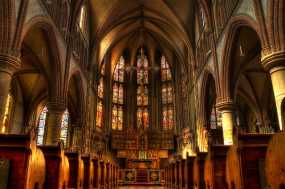 (Kaylee McGhee, Liberty Headlines) A federal court permanently blocked an order on Sunday that would have forced Catholic bishops in Texas to hand over their private communications.

The bishops had fought the order signed by a federal judge in Austin, which also blocked the state of Texas from enforcing a law prohibiting health care facilities from dumping fetal remains in waste landfills.

A coalition of abortion providers had protested against the law in 2016 when it was first passed, filing a lawsuit against the state.

The Texas Conference of Bishops testified on the state’s behalf, saying the Catholic church would provide free burial services in Catholic-owned cemeteries at no extra cost to the abortion providers.

The coalition then demanded to see the correspondence between the bishops regarding the topic of abortion.

In its decision, the Fifth Circuit federal appeals court said that the bishops’ claim goes “to the heart of the constitutional protection of religious belief and practice as well as citizens’ right to advocate sensitive policies in the public square.”

The bishops argued that a demand to hand over their internal communications violated their right to privacy, since many of these conversations involved personal debates over morality and theology.

Judge David Alan Ezra, the U.S. District Judge that ordered the bishops to hand over their emails, said that his request did not violate the church’s rights.

“The government is not requesting documents and does not work to monitor or evaluate [the conference’s] religious activities,” Ezra said in the June 17 ruling. “Instead, private entities providing healthcare services to seek to gather facts on the Catholic Church’s burial services offer — namely how, when, where, and for how long burial services will be provided.”

The Fifth Circuit struck down Ezra’s order, contending that the privacy of religious communications between church leaders is important to religious liberty.

“We are grateful for the Court’s ruling,” Bishop Brendan Cahill, a member of the Texas conference, said in a statement. “We believe it will protect religious freedom not just for Catholics, but for Americans of all faiths.”